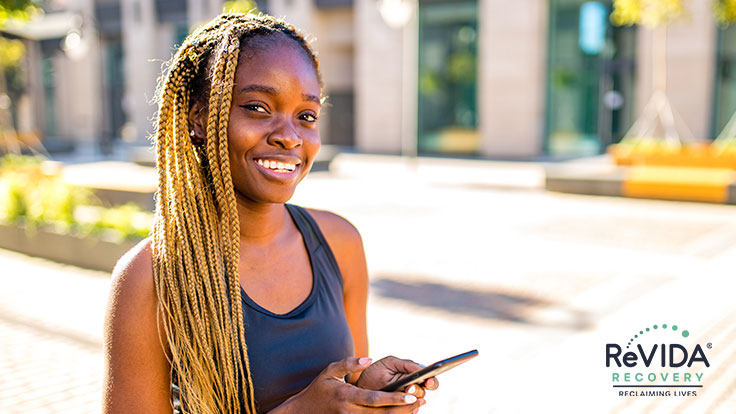 The decision to stop using heroin is often hindered by difficulties and hardship. When a person decides that they want to leave their substance use behind it should be celebrated, and also met with an understanding of what happens next in regards to withdrawals, as well as the available options for detoxification and sobriety. While quitting “cold-turkey” or suddenly and entirely ceasing substance use altogether might seem like the preferred option, the sudden stopping of heroin can not only make long-term success more difficult to achieve but also has the potential to be dangerous and even deadly. For many people tapering off heroin, as the first step of heroin detoxification treatment, is the safest and most effective way to end their substance use all while assuring their health and wellbeing while working to recover from their substance use disorder.

By its nature of being an opioid, heroin is one of the most difficult drugs to quit and recover from. By creating chemical dependencies within the brain, heroin becomes something that the brain not only craves but that the body gets sick without. Heroin withdrawal is known to be particularly challenging due to the severe flu-like symptoms it causes as well as the dangerous medical complications that can arise. It is known for causing fever, chills, vomiting, severe joint and muscle pain, cold flashes, restlessness, depression, anxiety, suicidality, dehydration, and in severe cases heart failure as a result of the other symptoms. Quitting heroin “cold-turkey” is sometimes just not possible or even healthy. What’s more is that the bodily reactions to quitting “cold-turkey” are often debilitating anywhere from a few days to weeks. Most people do not have the time, ability, or desire to go through the trauma of full-blown withdrawals if they can avoid it. This is where tapering off of heroin becomes the safer and more manageable option.

Tapering off of heroin is the process of decreasing the amount of heroin a person is using over time with the goal of decreasing until cessation. Although this process is slower than quitting cold turkey, it is more gentle and can allow people to avoid the most severe symptoms of withdrawal and cravings. While every person’s tapering process looks different, it should be noted that most tapering off of drugs is done with the supervision of a medical professional.

Doctors will monitor the levels of heroin being used and will work with patients to plan a schedule that mitigates as many of the severe symptoms of withdrawal as possible, and set their patients up for the next steps like full medical detox, treatment, and recovery.

Why Taper Off Heroin?

While many people like the idea of quitting heroin “cold-turkey” better because of the immediate and gratifying finality of it, quitting opiates “cold-turkey” is very rarely successful and often advised against due to the danger of it. Tapering off of heroin can not only give people a safer path to recovery, but also a better chance at success.

Can You Taper Off Heroin Without a Withdrawal?

If a person has a chemical dependency on heroin, it is unlikely that they will never feel the symptoms of withdrawal. That being said, when a person tapers off of heroin, their inevitable withdrawal symptoms are usually minimal, manifesting in headaches, slight nausea, or light cold-like symptoms. This is a huge improvement to the potential heart failure that can be found in the most severe unattended cases of heroin withdrawal.

How to Taper Off Heroin

While tapering off heroin may sound intuitive and easy to do, there are actually a few different ways to taper off, and should usually be guided by a medical professional. Regardless of the approach to tapering off though, it is always important to consult with physicians, caretakers, and your support network if something feels “off” or if questions arise.

Approaches to Tapering Off Heroin

Suboxone & Methadone – Often monitored in a safe facility or with daily treatment, medicated tapering often looks to replace heroin with safer substances, and then taper off of those substances as a proxy for tapering off of heroin. A very popular method of tapering, this approach allows people to slowly taper off of opioids in a safe, controlled, and medically sound way. Suboxone and Methadone are both opioids and when taken they reduce the cravings, withdrawal symptoms, as well as the effects of any other opioids that might be taken. Medically assisted tapering is often seen as the safest approach given the constant guidance of medical professionals and the measured, medical-grade opiates being used instead of other substances that do not have a traceable origin.

Self-Guided Tapering – Self-guided tapering is tapering on a self-guided schedule and self-monitoring symptoms. This often looks like people setting themself a “goal date” on which they will no longer be using heroin, and from there scheduling out the decreasing amounts that they will take in order to meet that goal. While this can be effective, it can also be dangerous as the person using heroin is still using opiates without a traceable origin or standard of production, and they are left to manage any withdrawal symptoms on their own.

Physician Guided Tapering – While no physician will condone the taking of heroin, there are some that understand the financial and social constraints that may keep a person from being able to afford other types of medication-assisted tapering. In these cases, some clinicians may be willing to work closely with their patients to develop a set calendar for them to taper off of heroin and then schedule aftercare options. By working closely with a doctor, these people will have the chance to ask questions, make sure that they are tapering healthily, are on the right track, and have resources should a medical emergency arise.

Help While You Taper

Tapering off of heroin can be hard regardless of the approach you choose to take. It is important to follow not only the regimen created for you to successfully taper, but also to make sure that you are taking care of yourself in other ways.

Don’t Taper Alone: Taping off of heroin can be difficult at best and grueling at worst. Having somebody there for you to keep you accountable, offer support, and even help you manage from day to day can not only help you stay on track but also provide you with much-needed emotional support during your taper.

Stay Hydrated: Staying hydrated is one of the most important things you can do when dealing with the potential for withdrawal symptoms. Dehydration caused by withdrawal is one of the leading causes of withdrawal-related deaths and should be taken very seriously.

Have a Plan: Plan everything. Create a schedule for your tapering so that you can stay on track, regardless of approach. Also, having a plan for severe and minor withdrawals, relapse and success, and aftercare are all important so that you are prepared for whatever comes your way and won’t be as overwhelmed when it does. Also, knowing who will help to take care of you should you need it, may also be an important thing to secure and plan with that person.

As with any major life-changing decision, having a strong support network can be crucial to a person’s success during detox. Whether it be friends, family, co-workers, or even a support group, knowing that there are people who are invested in your recovery and success can make all the difference. It can also be important to have a support system that can help monitor the amounts of heroin being used, what symptoms might appear, and be available in case of emergencies.

Deciding to stop heroin use is a huge decision and one that we celebrate to its fullest here at ReVIDA Recovery®. We understand though that the hardest work begins after that decision. Here at ReVIDA Recovery® we want all of our patients to recover from their substance use disorders with the least amount of discomfort and the most support possible. This is why we offer our medication-assisted opioid treatment options to give our patients the best shot at recovery and the help they need.

If you or a loved one are struggling with heroin use or any other substance use disorder, reach out to us today at 423-631-0432 to begin your own path to recovery.

FAQs About Tapering Off Heroin

Is tapering or cold turkey better?

Tapering and quitting “cold-turkey” both have their benefits and pitfalls. Understanding your condition and speaking to a professional can help you to determine whether or not quitting cold turkey is possible for you, or if perhaps you should taper off in a slow and controlled way.

Does tapering get rid of withdrawals?

No, not entirely. Tapering can however reduce the severity of withdrawal symptoms from vomiting and severe bodily pains to more manageable symptoms like headaches and dizziness.

Can I taper off of heroin on my own?

It is not recommended that people attempt to taper on their own. Seeking out the help of medical professionals can not only make the tapering process safer but can also make it more successful.

How Long Does Suboxone Take To Kick In