According to the Centers for Disease Control and Prevention (CDC), 100,000 people died from overdose-related deaths in 2020. Fentanyl, a potent and synthetic opioid, causes 60% of those deaths. Education surrounding fentanyl has spread throughout the medical community, but overdose deaths are still high due to this substance. Unfortunately, many people who overdose on fentanyl aren’t aware that they’ve ingested it. This is because it’s often mixed into other drugs, like cocaine, without their knowledge.

Because of fentanyl’s potency (almost 1,000 times stronger than other opioids), it’s common for dealers to use it as a “filler” in other drugs. Adding a little bit of fentanyl to a drug like cocaine increases the “high” and allows dealers to traffic in smaller quantities. The problem is that a dose of fentanyl is virtually impossible to measure, and even a small amount can be lethal. Dealers are incorporating too much fentanyl into their solutions, and it’s killing thousands of people every year.

How Often Is Cocaine Laced With Fentanyl?

Cocaine is a popular stimulant used by many to achieve an energetic, boosted “high.” It’s a purified chemical that’s derived from the coca plant, and it can cause dependence issues. Before the days of local anesthesia, doctors would often use cocaine to help with pain management. However, they stopped using it for medicinal purposes in the early 1900s when they realized how dangerous it was. Now, cocaine is mainly used as an illicit substance. It’s purchased on the streets or online.

The most popular form of cocaine today comes in water-soluble hydrochloride salt – this is a white powder that’s snorted or injected. Because this form of cocaine is water-soluble, it’s easy to mix with other drugs or substances. Dealers will often cut cocaine with filling agents to make it appear like there’s a larger amount of the substance. They’ll use anything from laundry detergent to baking soda to bulk up each dose. They’ll also cut cocaine with other drugs to increase the high or potency – this makes the potential for dependence stronger so their customers will keep coming back. Drugs that are frequently mixed with cocaine include heroin, amphetamines, and the ever-dangerous fentanyl.

It is incredibly common to buy cocaine that has been laced with fentanyl. It’s also cheaper, so it has a wide customer base. Fentanyl has no color or smell, but when it’s mixed with cocaine, the cocaine will appear off-white or pinkish in color. Unfortunately, that doesn’t make it easy to recognize. Cocaine is almost always mixed with something else before being sold, so it rarely looks “normal.” If bought on the streets or online, cocaine will usually be off-white or pinkish in color.

Why Is It Dangerous To Mix Cocaine And Fentanyl?

Cocaine and fentanyl both impact the central nervous system (CNS). When they’re mixed, the effect they have on the CNS is more intense. The side effects that people get from CNS stimulants and depressants are stronger and more likely to occur. Some of these CNS side effects include:

Those who use cocaine likely haven’t built up a tolerance to fentanyl, which is another reason why the mixture is particularly dangerous. If the body isn’t used to fentanyl, the possibility of an overdose is much higher. The potency of fentanyl in small doses makes it impossible to measure how much the user is ingesting.

Drugs affect everyone a little differently. Some may not experience adverse effects, while others can become extremely ill while taking cocaine mixed with fentanyl. No one knows how their body will react to these substances until after they’ve taken them. One thing is certain: cocaine and fentanyl combine dangerously with one another, and it’s never truly safe to take them together.

What Are The Long-term Effects Of Combining Fentanyl With Other Drugs?

It wasn’t until 2019-2020 that fentanyl started causing overdose deaths. The main reason for this is that until recently, fentanyl wasn’t used as a “filler” in other substances. The long-term effects of combining fentanyl with other drugs, like cocaine, are largely unknown. Here is what we do know:

Fentanyl should never be used long-term – illicitly or otherwise. Not just because of its potential for overdose and dependence but also because of the way it interacts with the CNS.

What Does Treatment Look Like for Substance Use Disorder?

If you’ve become dependent on fentanyl, knowingly or unknowingly, it’s imperative to seek treatment. Fentanyl withdrawals are hard on the body, and it isn’t safe to stop taking it without medical supervision. Cocaine and fentanyl have high dependence rates, but specialized treatment makes recovery possible.

There are a variety of options available for those seeking recovery. You can also take medications that lessen the withdrawal symptoms of opioids like fentanyl. Let’s take a look at some popular treatment options.

At ReVIDA Recovery ®, we provide evidence-based individual treatment programs for those seeking treatment from cocaine and treatment  from fentanyl use disorders. We want you to recover in a safe environment where we can monitor your withdrawal symptoms and guide you on your recovery journey. For questions about our programs or to schedule a consultation, call us at (423) 631-0432 today! 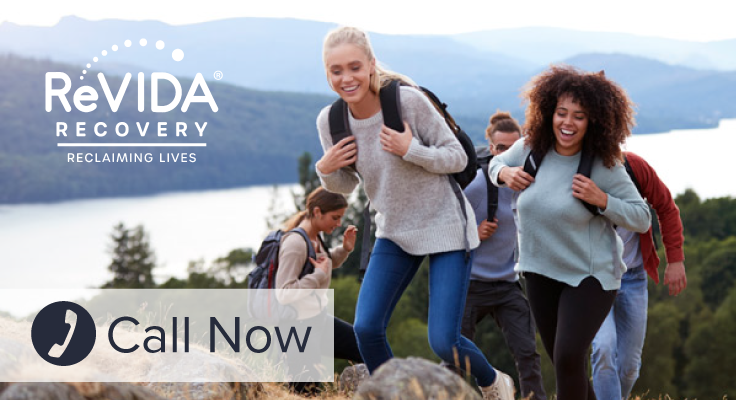 FAQs About Cocaine Laced With Fentanyl

What is fentanyl used for?

Fentanyl is typically used by doctors to help patients with pain management post-surgery. It’s only okay to take fentanyl with clinical supervision.

What is fentanyl made from?

Fentanyl is synthetic – it’s made in a lab using the same chemical structure as other opioids.

How Long Does Fentanyl Stay in Your System

The Difference Between Oxycodone And Hydrocodone
Scroll to top