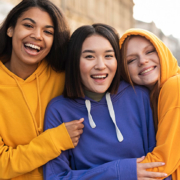 Subutex and Suboxone are medications to treat opiate use disorder (OUD). They are both approved by the Food and Drug Administration (FDA) as medication-assisted treatment (MAT). Before (2002), when doctors began prescribing them, the standard opiate treatment was only Methadone.

Unlike Methadone, however, they work because Buprenorphine is a partial opioid agonist. A partial agonist does not release as many chemical messages in the brain as a full agonist.

A partial agonist attaches to the same brain areas as opioids. Yet, it doesn’t produce the same effects. Instead, withdrawal symptoms reduce. Unlike a full agonist the body doesn’t have the strong euphoria with a partial agonist and is less likely to be abused.

Suboxone and Subutex have ceiling effects, so the likelihood of overdosing is less common than with Methadone. Methadone is also a Schedule II substance, and Buprenorphine is a Schedule III. Schedule III has a much lower potential for misuse than Schedule II.

Both Suboxone and Subutex are successful treatments for opioid use disorder. They have both proved to decrease cravings and assist withdrawal symptoms. But, there are some differences between the two. Besides, the best option for one person may not be the best option for another. So, let’s examine the differences between Subutex and Suboxone further.

Subutex is Buprenorphine only. It is a mono-product because it is just one medication. Subutex comes in the form of a white tablet taken sublingually—sublingual means to dissolve under the tongue.

The Subutex lacks the Naloxone and it can be crushed up and snorted or injected. If the drug is abused then the body doesn’t metabolize it the way that it should. Naloxone blocks the buzz feeling that makes people abuse it.

Some side effects of Subutex may include:

How Does Subutex Work?

Buprenorphine attaches to the opioid receptors in the brain. It produces feelings of well-being and euphoria like other opioids. Yet, it stimulates the receptors only enough to ward off symptoms of withdrawal and cravings.

The medicine dissolves under the tongue and enters the bloodstream quickly. Once in the brain it binds to the receptors providing relief from pain or withdrawal symptoms.

When Is Subutex Prescribed?

Subutex is prescribed when someone who has OUD has specific qualifications.

Monotherapy in Tennessee is only prescribed for those who are nursing, pregnant, or who have exhibited an adverse reaction to Naloxone.

With Buprenorphine alone, there is a greater chance of misuse or overdose than Suboxone, so providers often prefer Suboxone to Subutex.

Suboxone is Buprenorphine and Naloxone combined into one medication. When Buprenorphine was first introduced for OUD people were able to misuse it. Adding the Naloxone lowered the risk of misuse and made it a safer treatment option for OUD.

Suboxone in our state of Tennessee is usually a long-term treatment option.

According to a report, Over one-third (36%) of patients on Buprenorphine in 2019 filled prescriptions for more than nine months’ supply that year.

So, Suboxone treatment is working for our citizen’s long-term recovery.

Buprenorphine is a medication that works on the same receptors in the brain as opioids. Naloxone is the blocker that prevents the effects or the high of opioids. Suboxone can come in a sublingual pill or strip form. It can also be prescribed as an implant under the arm.

Some side effects of Suboxone may include:

How Does Suboxone Work?

Suboxone works like Subutex as it is a partial agonist. It will connect to the same receptors that opioids do but not produce the same feelings.

Suboxone will provide enough effects to prevent withdrawal but not enough to make the person feel high. Instead of feeling high, people may feel like their everyday selves again.

When Is Suboxone Prescribed?

Suboxone is a very effective medication for OUD and so is prescribed for many who struggle with addiction to opioids such as heroin, oxycodone, or fentanyl.. It can be prescribed at an MAT clinic, by a doctor licensed to do so, or as part of a typical inpatient or outpatient treatment program.

Outpatient therapy and MAT are excellent paths for recovery for those who still have to maintain a career or a family. They can take their Suboxone and focus on the problems that led to addiction in the first place. Also, they can heal in counseling without worrying about withdrawal symptoms or awful urges.

Some benefits of Suboxone for treating OUD: 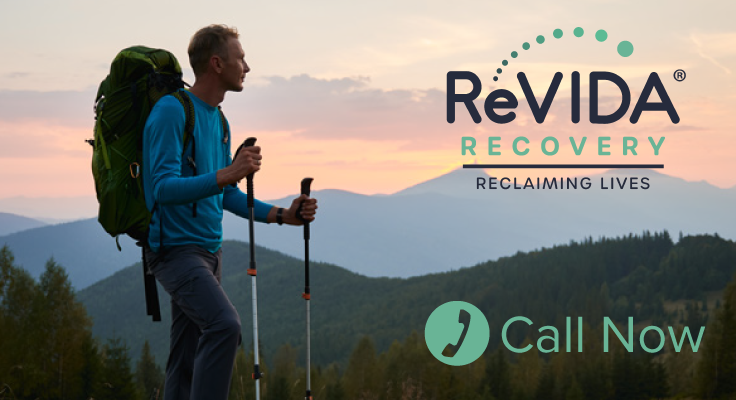 What Are Some of the Similarities Between Suboxone and Subutex?

Subutex and Suboxone are both effective treatment options for OUD.

They work on the same receptors in the brains as other opioids, reducing cravings and withdrawal symptoms.

They produce some of the same long-term side effects, such as:

What Are Some of the Differences Between Subutex and Suboxone?

The most significant difference between Subutex and Suboxone is that Suboxone includes Naloxone whereas Subutex does not.

Naloxone is an opioid antagonist and will block the effects of other opioids. The point of the two being combined into one medication is to help prevent misuse and overdose.

Naloxone in the Suboxone will assist someone who does relapse and block the opioid from causing an overdose.

Another reason for Naloxone is to deter people from injecting the substance as they did with heroin or fentanyl. When Suboxone is injected, the Naloxone may produce precipitated unpleasant withdrawal symptoms.

In Tennessee, there are more prescriptions for Suboxone than for Subutex.

A recent report claims that prescriptions of Suboxone are filled several times more often than Subutex.

Which Is Better? Comparing Subutex to Suboxone

In some cases, Subutex will be the preferred treatment for OUD. Suboxone is beneficial in other cases.

The highlighted factor for many people suffering from OUD is the potential for relapse with Subutex.

They both do lower the risk of relapse. However, if someone were to relapse, the Naloxone in the Suboxone would prevent someone from a fatal overdose. If it has been a while since someone had taken an opioid, this is especially true for them.

The safety net of the Naloxone would be reassuring for some.

Is Subutex or Suboxone Right for Me?

Ultimately it is a decision between you and your physician in choosing the one that is right for you since they both help fight off cravings and withdrawal symptoms.

Suboxone can block the euphoric effects of other opioids. Suboxone is the choice of most physicians for OUD treatment.

Subutex is usually only for pregnant or nursing individuals or people who may negatively react to the Naloxone.

If you suffer from opioid use disorder and want to break free, then Suboxone is one option for you to try.

Suboxone is saving the lives of people with opioid use disorder and is most suitable for when someone is concerned about relapse.

The Naloxone in Suboxone will block the effects of heroin or fentanyl and prevent an overdose if someone relapses. Naloxone is a security blanket for someone concerned at all about a relapse.

If someone relapses while taking Subutex, a fatal overdose could still happen. This is because there is no Naloxone to block the effects of the more potent opioids.

Either treatment option is a step in the right direction for a successful recovery from opioid use disorder. Your healthcare professional will decide which is best for you, depending on your situation.

Unfortunately, some areas of Tennessee do not have access to Suboxone providers. Those counties are losing lives to overdose. According to a 2020 report, there are 26 counties without a publicly listed provider. This is why ReVIDA Recovery ® has made it its mission to expand access to these life-saving treatments.

Getting Treatment With Subutex or Suboxone

A recovery journey may be challenging in the beginning. Thanks to medication-assisted treatment (MAT) advances, the road to recovery can be much more comfortable.

The process of detoxification with the use of a Suboxone treatment program can be more manageable.

You can focus more on your recovery and healing instead of focusing on cravings and withdrawal symptoms. Buprenorphine is a tool used in the recovery process. Alongside therapy and counseling, the combination of evidence-based treatment can put you on the right path.

Some symptoms of withdrawal that Buprenorphine can help with:

The MAT at ReVIDA Recovery® offers Buprenorphine (Suboxone®). Also, we have a team of experts ready to help you recover from opioid use disorder.

ReVIDA Recovery® is a Buprenorphine (Suboxone®) provider for you or your loved one suffering from OUD.

Contact us at (423) 631-0432 to begin treatment for yourself or a loved one residing in Tennessee today. Does Subutex have the same side effects as Suboxone?

For the most part, Subutex and Suboxone produce the same side effects, but there are a few differences.

Side effects from Suboxone that are different from Subutex include:

Side effects of Subutex that are different from Suboxone include:

Which one is safer to take? Subutex or Suboxone?

The concern with Subutex or Suboxone is the potential for misuse. Where Suboxone does have Naloxone, it is the safer option regarding potential abuse.

For example, for someone who has relapsed before and this is not their first attempt at recovery, Suboxone may work best for them.

What is better, Buprenorphine by itself or Suboxone?

Buprenorphine alone may have the potential for people to inject the substance. With the Suboxone containing Naloxone, the risk of injecting is lower. This is because it will block the effects of opioids and prevent overdose.

If anyone has concerns about a relapse, Suboxone is the better choice. Injecting Suboxone would activate the Naloxone. And could cause immediate withdrawal symptoms that may be disagreeable.

What exactly is Subutex?

Subutex is known as a mono-product of Buprenorphine only. It is usually a white tablet that is dissolved under the tongue. It is prescribed to treat OUD.